The PlayStation VR ($399) has been out in the wild for about a week now, and I’ve been busy giving it a thorough workout. Since my headset arrived last Thursday, I’ve spent countless hours fixing cars, golfing, defusing bombs, and leaning perilously over the virtual abyss.

With a few days of VR exploration under my belt, I’ve emerged from my dark and sweaty headset to lay bare exactly what the launch experience was like… 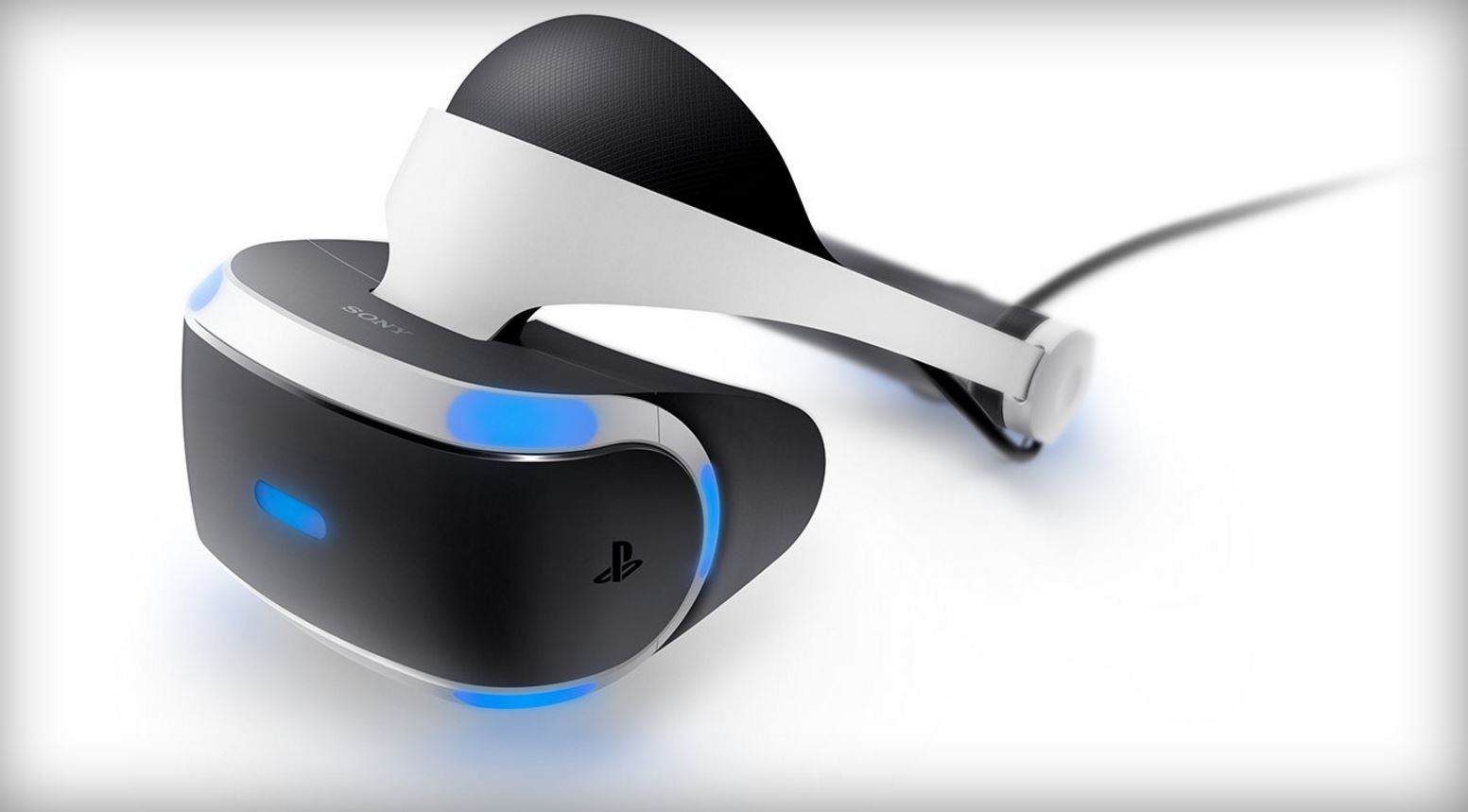 for the PSVR. I’ll hit on some of the biggest successes and failures, run down the seven games that I spent most of my time with, and by the end you should know if it’s worth making the investment. Now, let’s take a look at what the PlayStation VR is like in the real world. Sony’s headset is immaculately designed. It slides on smoothly, adjusts easily, and looks sleek and futuristic. It doesn’t feel heavy at all when it’s resting on your head, and it feels solid in spite of the plastic exterior. Of the big three headsets, Sony delivered a product that’s much more attractive and comfortable than the competition. Even if the specs don’t quite match up to the Oculus and HTC Vive, it’s clear that the PSVR excels in other ways.

But once you get past the headset itself, you’re confronted with countless wires, a breakout box, and a camera that you need to work into your existing setup. It’s a huge hassle, and I still haven’t figured out a good way to store the PSVR and its massive cables when it’s not in use. Until we get low-latency, high-bandwidth wireless communications, this rat’s nest of cables and accessories is what we’ll have to put up with for this tier of VR. It goes without saying that the simplicity of the Gear VR is nice, but it’s just not the same thing. For now, my desk looks like a war zone. Above all else, the most impressive part of any VR rig is its ability to convey presence. Tricking your brain into forgetting where you are, and letting you buy into the virtual world at a subconscious level, is what makes virtual reality unique. And in spite of the PSVR‘s cost-cutting measures, it still manages to transport you somewhere else.

When all of the planets are aligned, the system works like you’d expect. You crane your neck, walk around, and wiggle your hands around in a virtual world, and it’s more than a little magical. Unfortunately, the immersion is easily broken. If you step out of frame, obscure your controller, or simply suffer from an awkwardly designed living space, the illusion fails.

The HTC Vive’s room-scale solution seems to deliver much more reliable results. Unfortunately, that comes with a bigger price tag, a more cumbersome setup, and some major demands on square footage. Sony’s compromise makes for some unfortunate technical issues, but it really is the VR path of least resistance. That counts for something. I’ve never been motion sick in my entire life. I can read in the car, shrug off turbulence, and ride the teacups in Disney World without a second thought. As such, it’s not much of a surprise that PSVR didn’t make me sick in the least. I experienced a little bit of jitter on occasion, and the entire world began to shift to the left once while I was playing Batman. I kept my eyes open the entire time, and I didn’t feel the slightest bit queasy.

Clearly, I’m not the best judge of pukiness. So I had my girlfriend, my mother, and my father all spend about an hour each in various VR situations, and that helped me better understand where the PSVR stands. My girlfriend tends to get a little bit sick if she reads in the car, my mother doesn’t have any motion sickness, and my father gets nauseated at the drop of a hat.

Both my girlfriend and mother were perfectly fine with quick turns and the slight jitter, but my father fared poorly. After experiencing the tiniest bit of wonkiness when he turned away from the camera, he decided to punch out before dinner went everywhere.

In my small test, three out of four didn’t have problems, but know going in that nausea is a potential issue here. If that’s a major concern for you, you’re best off skipping the PSVR all together. If you can only play a single game in VR, Job Simulator should be the one. It’s lighthearted, sincerely funny, and really only works as a VR game. Set in a future in which nobody works for a living, you get to experience four hilarious “simulations” of real jobs. You can sling hot dogs at a convenience store, fix cars in an auto shop, bring home the bacon as a cook in a restaurant, or push papers in an office cubicle.

Played with two move controllers, you get to inhabit the space. The presence factor as described above is readily apparent with this game in particular, and it’s easy to forget that you’re actually swinging around LED-lit ping pong balls in your living room. It’s not something you’ll want to spend 10 or 20 hours with, but it’s easily the most compelling game I’ve played in VR to date. 100ft Robot Golf is ridiculous in all the right ways. From the goofy anime-inspired cutscenes to the running commentary from the McElroy brothers to the basic premise of giant mechs playing golf, this game revels in absurdity.

Since you spend most of your time moving your mech around and setting up your swings, it’s no surprise that the game works fine outside of VR. In fact, I think I enjoyed the standard TV experience a bit more than I liked the VR mode.

The lateral camera movements snap into place when you’re in VR in the hopes of preventing nausea, but I find that solution more disorienting than it is helpful. Regardless, I thoroughly enjoyed my time golfing in the silliest way imaginable.

Want to know all about the creation of 100ft Robot Golf? Check out our interview with No Goblin’s Dan Teasdale. The first person perspective is extremely common in VR games, and it’s obvious why it’s so popular. If you’re going after immersion, it’s easy to place the player directly in the role of the protagonist. However, my time spent with Wayward Sky convinced me that VR games don’t need a first-person perspective to be immersive.

In Wayward Sky, you’re effectively pointing and clicking your way around an adventure game. Your view of the world is always from a fixed angle, but the head tracking gives you a bit more freedom than you’d expect. As such, the camera isn’t exactly “locked” like it would be in similar games outside of VR.

Despite the exaggerated art style, much of the environment comes through as solid and real. Even if this game doesn’t tickle your fancy, it’s important to see developers explore all of the possibilities that VR has to offer. Keep Talking and Nobody Explodes: $14.99

Most of my time spent with the PSVR has been in a dark room with earbuds crammed into my ears — cut off from the real world. That kind of isolation helps perpetuate the feeling that I’m in a fantasy world instead of flailing awkwardly in my office. However, that’s not the only way to enjoy VR. Watching other people experience VR is enjoyable in and of itself, and the idea of a VR headset as a party device hold some significant appeal. That’s why Keep Talking and Nobody Explodes caught my attention very early on.

Inside the helmet, you’ll see a bomb with numerous panels that need to be successfully deactivated. Nobody else can see the bomb, and they’re instead faced with leafing through a physical manual (or PDF) to help explain how to disarm it.

There’s significant back-and-forth needed to confirm how to solve the problem, and the ticking clock only serves to increase the tension. It’s incredibly exciting and enjoyable if everyone is on the same page, but it’s easy to see how a game based around communicating complex instructions under stress could cause a real-world fight under the right circumstances.

Earlier this year, we interviewed Brian Fetter — one of the developers of Keep Talking and Nobody Explodes. If you’d like a better understanding of the development process of a social VR title, his answers are well worth your time. Falling block games aren’t new. Tetris was a staple by the end of the 1980s, and we’ve seen countless variations in the following three decades. Even so, Superhypercubemanages to bring some meaningful changes to the table.

You’re still moving the blocks around with the buttons and sticks of yore, but there’s an inherent physicality in Superhypercube that VR enables….